You are here: Home / Techniques / Kitesurfing: the origins of the kite

Kitesurfing is a water sport with an interesting history that consists of sliding through the water on a board, thanks to the force of the wind using a kite. The wind propels the kite and pulls the rider along. The kite is held at the waist by a harness. In kitesurfing you don’t only ride in a straight line, you can also do jumps and manoeuvres. The greater the wind strength, the higher the speed and the higher you can jump.

If we want to start kitesurfing the basic equipment we will need is the following:

Kitesurfing: the origins of the kite

Did you know that the kite is also a Chinese invention and that it arrived in Europe in the 13th century?

Gunpowder, the wheelbarrow, paper, pulp or kites were great Chinese inventions that changed the course of humanity. Yes, kites were born in China 2500 years before kitesurfing. 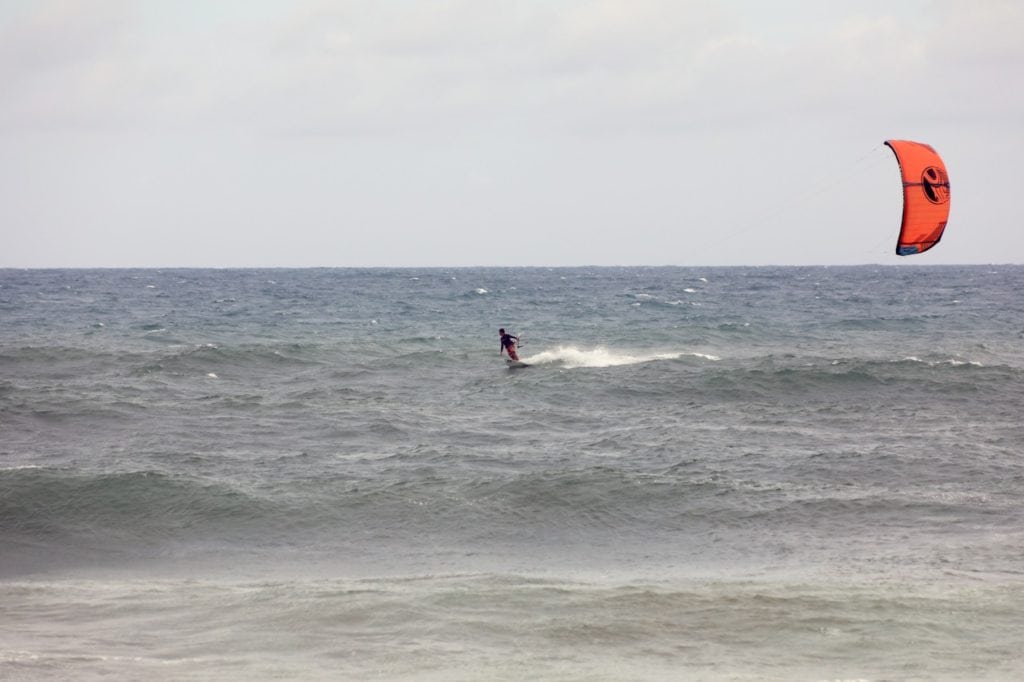 Legend has it that a Chinese philosopher used to observe the flight of birds. One day, he observed the flight of a hawk and how it held itself in the air without moving its wings for a long period of time. Inspired by the flight of the falcon, the philosopher built a bird with bamboo bones and rice paper feathers…[su_highlight background=”#ff9700″ color=”#ffffff”] And that bird was the first kite in history. The legend also tells that this kite kept flying alone for 3 days in the sky, supported by the wind.[/su_highlight]

I don’t know how much of this legend is the truth, but the historical documents do tell us that when Marco Polo made his journey, kites had multiple uses in the Orient; On the battlefield, to coordinate the attack by means of signals with their flight or to distract the enemy; to measure distances; for rituals similar to those of flying paper lanterns. And when Marco Polo returned he told a curious experience.

In the marine city of Weifang, he saw how they used big kites to raise a drunk sailor from the ship, if he gained height and he held on well in the air it was a good omen and they started the trip. Yes, you read right, for this ritual you need a kite, a ship and a drunk sailor. I suppose it was a kind of punishment to be thrown by a ship tied to a kite with two options: to fly with altered senses, or to take a refreshing dip in the sea.

Although Marco Polo brought some kites with him from his trip. Its use was not popular in Europe until the 16th century. They have been used for games and also as a tool for great discoveries and inventions. With a kite Benjamin Franklin demonstrated that the clouds were charged with electricity. Kites became very popular all over the world and adopted different names according to the country. Kite, kiteboard, papillote, papaventos and in English Kite. Does this sound more true to you?

[su_highlight background=”#ff9700″ color=”#ffffff”]Kitesurfing kites are not all the same, the main variable is the size. To choose it we must take into account the wind conditions and personal characteristics[Ysu_highlight background=”#ff9700″ color=”#ffffff”]. A 50kg person who is going to sail with 25 knots winds does not need the same kite as an 85kg person with 15 knots winds. But apart from the size of the kite, the choice also depends on the use you are going to give it.

parts of a kite

How do you lift the kite?

The first thing to learn if you want to get started in kitesurfing is how to lift the kite. To do this you must start from the ground and with help, moving it slowly without traction. An important thing to know is that the kite does not fly because it catches the wind, what it does is generate a force related to the wind speed and the different pressures.

Seeing a kitesurfer doing pirouettes in the air and sailing at full speed is fascinating and from the shore, it may seem easy. But it isn’t. It requires technique and understanding how to interpret the conditions in order to know in which direction or in which way we can take off.

If you are thinking of getting started in kitesurfing, the first thing we recommend is that you look for a school with experienced and qualified instructors. This is the best way to get started in a safe and effective way. In watersports we have different courses depending on the level and age. In our school  we use kites of the Flysurfer brand.