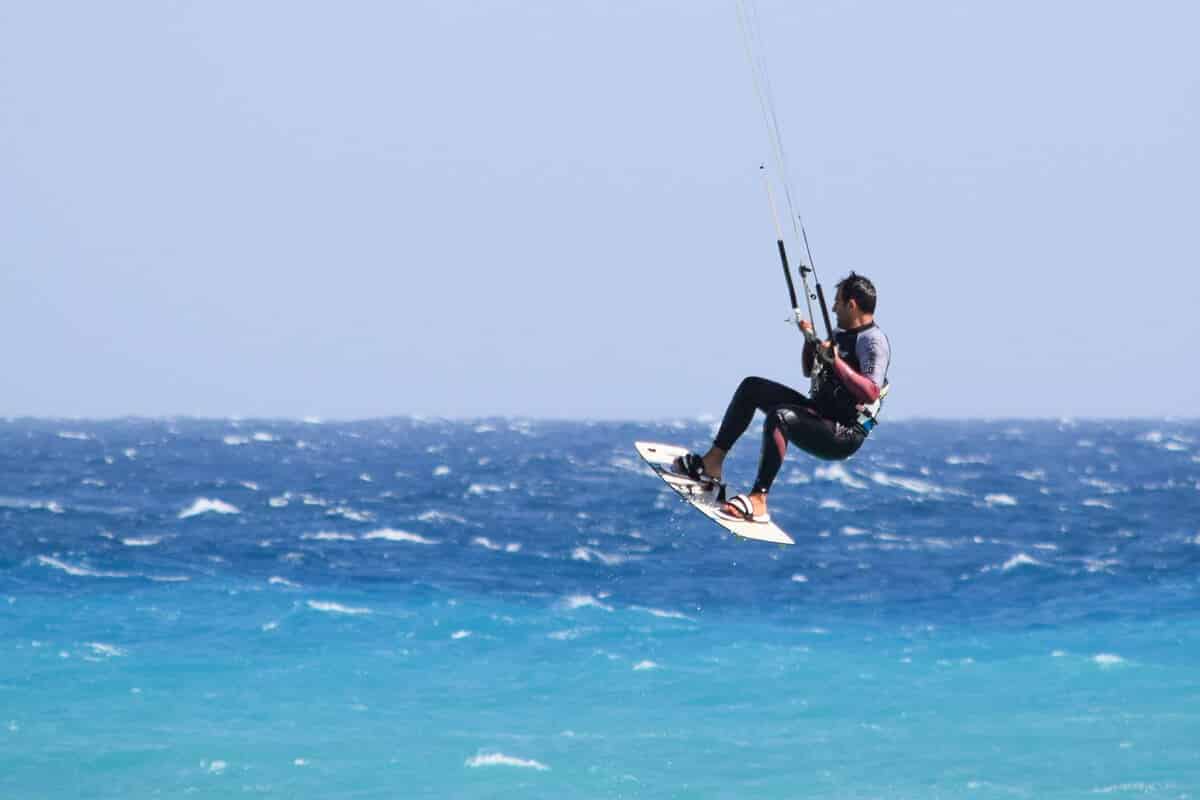 Kitesurfing – also called kiteboarding or flysurfing – has a very recent history, but the idea of using kites with propellers dates from the 12th century, when Polynesians, Indonesians and Chinese people used kites in their fishing boats to navigate. Kitesurfing is a sea sliding sport that consists in using a kite that pulls the practitioner by four or five lines: two lines fixed to the direction bar and two or three power lines attached to the practitioner’s body. Thus you can glide on the water with a board or water ski. 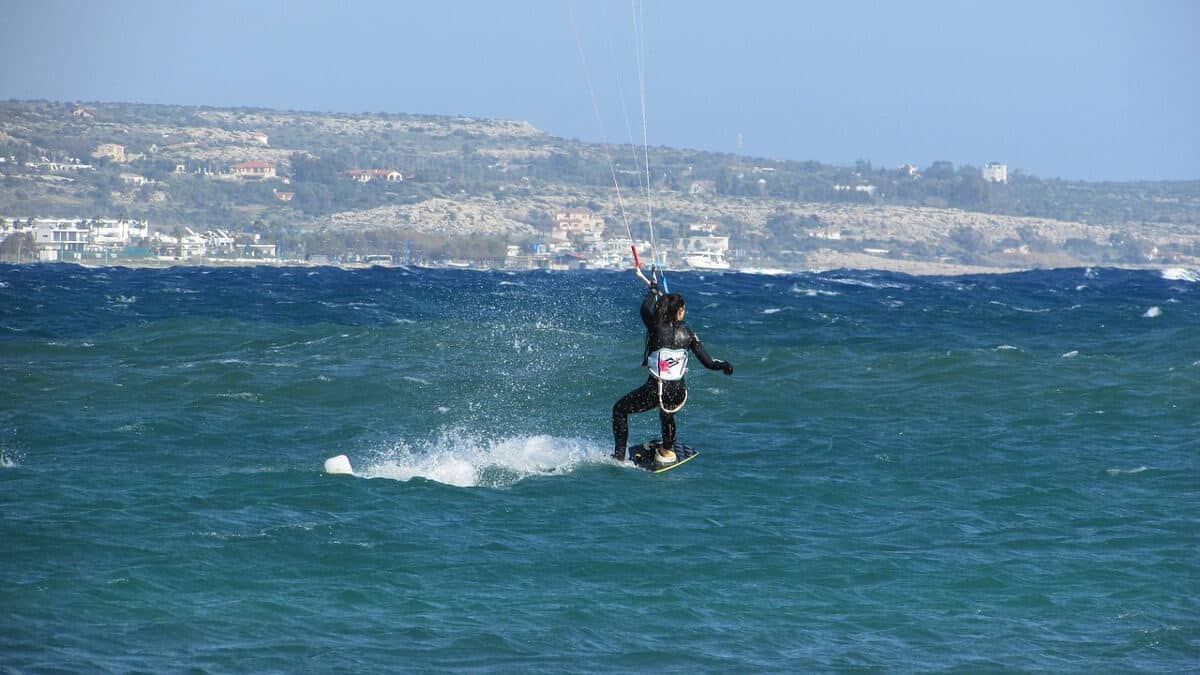 We know the origins of kitesurfing History

In the 19th century George Pocock – a British inventor – patented a traction system with kites to pull cars and boats in the direction of the wind, in the same way several inventors and athletes experimented making their contributions to the traction system with kites.
In 1903 Samuel Cody crossed the English Channel sailing with kites. In 1977 Gijsbertus Adrianus decided to join a kite to a surfboard. The inventor patented the idea and nowadays he is recognised as the father of this sport.

Kitesurfing was born In the 80s, when the need arose to have an alternative activity to windsurfing in tournaments where there was not enough wind. It was in 1984 when brothers Dominique and Bruno Legaignoux, inspired by a catamaran, began to work on developing their idea. Since there was no kite at that time able to launch from the water without the help of a third party, they set out to create one.

Their idea allowed the practitioner to lift his kite on the fly from the sea and without external help. It was a breakthrough for this sport.

A year later they tested their project at the Brest International Speed Week by sailing with an inflatable rib kite, skating in the water with skis. In 1987 they got the patent for the first kite that can take off from the water. 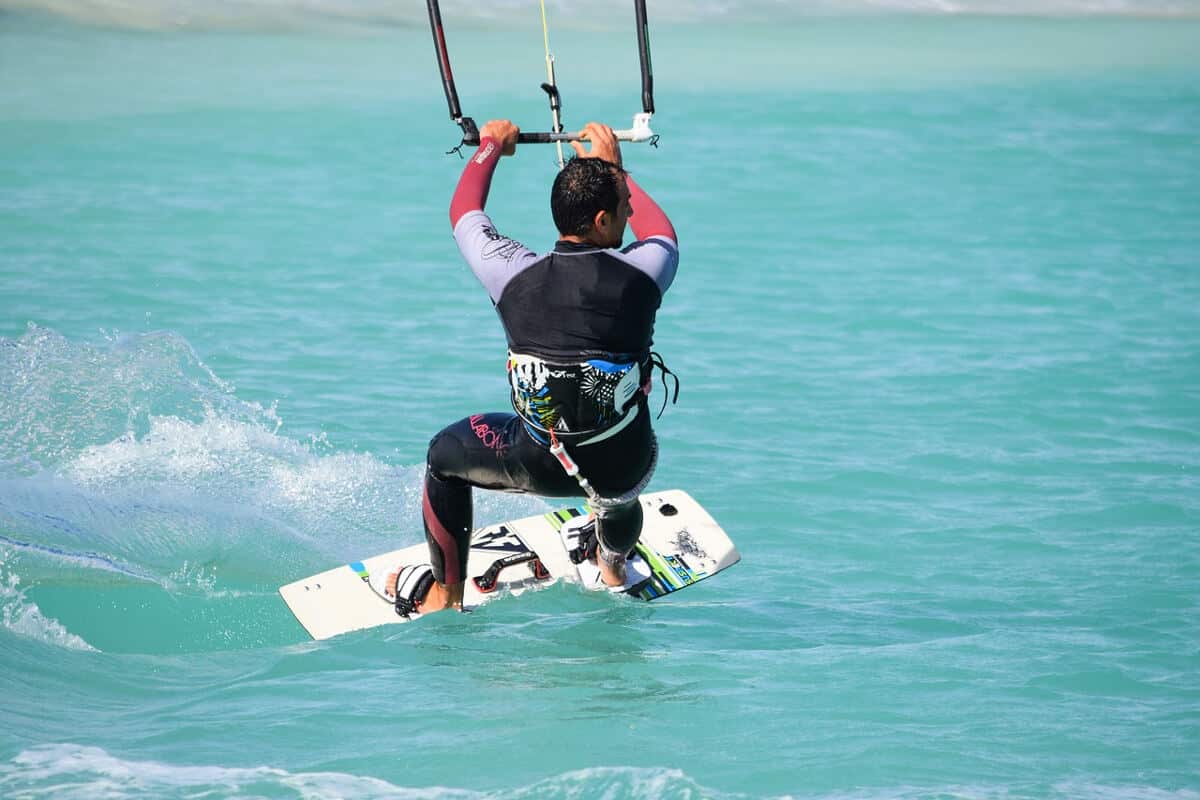 How to practice kitesurfing?

To learn kitesurfing you can follow some tips, such as the ones shown below:

How to lift the kite?

To learn how to lift the kite it is necessary to start inland and with help, moving it slowly without traction. Remember that the kite does not fly because it takes in the wind, but because the kite generates a force related to the wind speed and the different pressures. The force is broken down into one parallel to the wind and another perpendicular to it, thus obtaining resistance and support.

Seeing a kitesurfer sailing and doing pirouettes is fascinating and may even seem easy. Nothing could be further from the truth. This sport not only requires technique, there is also a scientific theory that explains why the kite needs to go in a certain direction or travel a certain range of motion in a certain way to lift the flight.

« Learn to surf?
What size of kitesurf board do I need? »