You are here: Home / General contents / The history of surfing 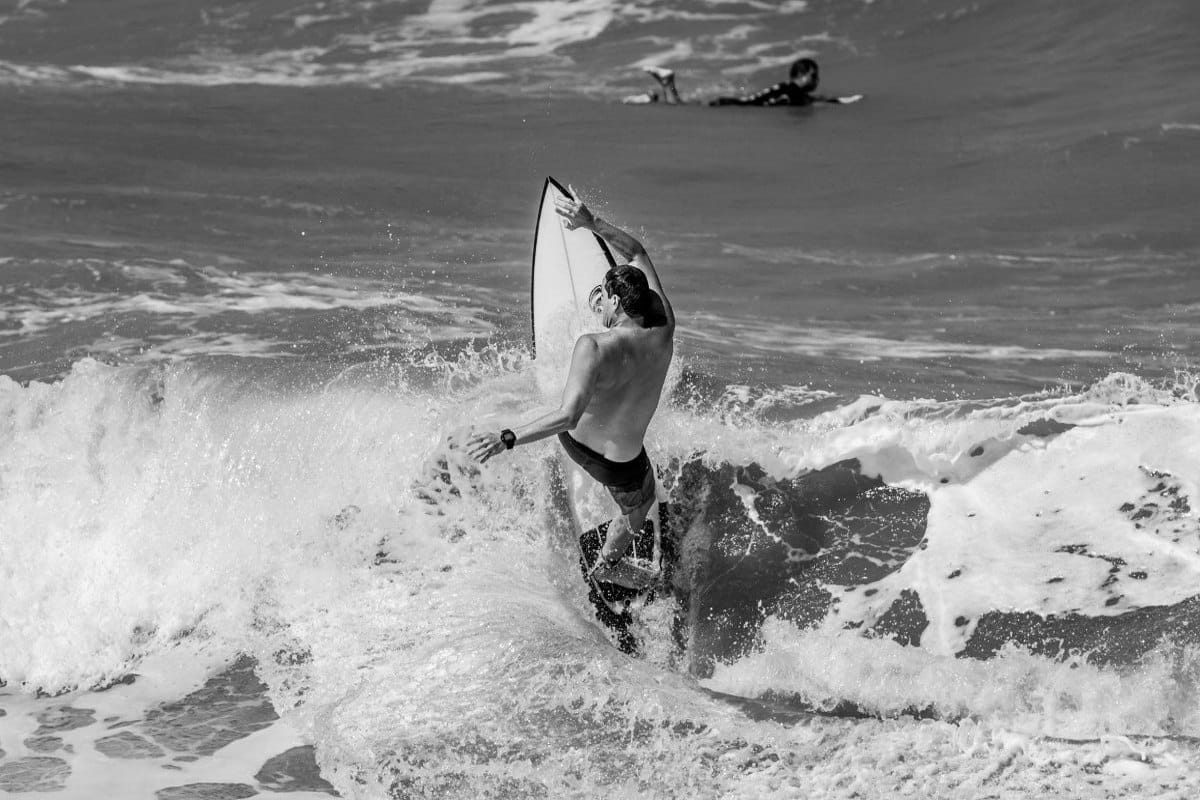 The origins of surfing are difficult to investigate since there are no written native documents, but it is clear that in the 18th century the inhabitants of Polynesia were already gliding over the waves on top of elongated canoes (called ehorooe)

In fact, ‘surf’ is an English word that means wave crest. The first graphic document about this sport is a painting of a Hawaiian man surfing; the work dated 1779 was painted by James King. The first written testimony about the existence of surfing is also from the same artist, and is as follows:

One of their most common entertainments is in the water, when the sea is full, and the waves break on the coast. The men (between 20 and 30) go offshore, avoiding the waves. They lie on an oval board about the same length and width, keep their legs together on top and with their arms in the water they guide the board. They wait for a while until bigger waves arrive, then they row with their arms all at once to stay on top of a big wave; and that wave drives them with an impressive speed; the art is in guiding the wooden board and staying on top of the wave as it changes direction.

Still, for more than a century surfing was a forgotten sport considered to be only for primitive wild people. The trend was only resurrected in Hawaii in 1900 when it also moved to California. 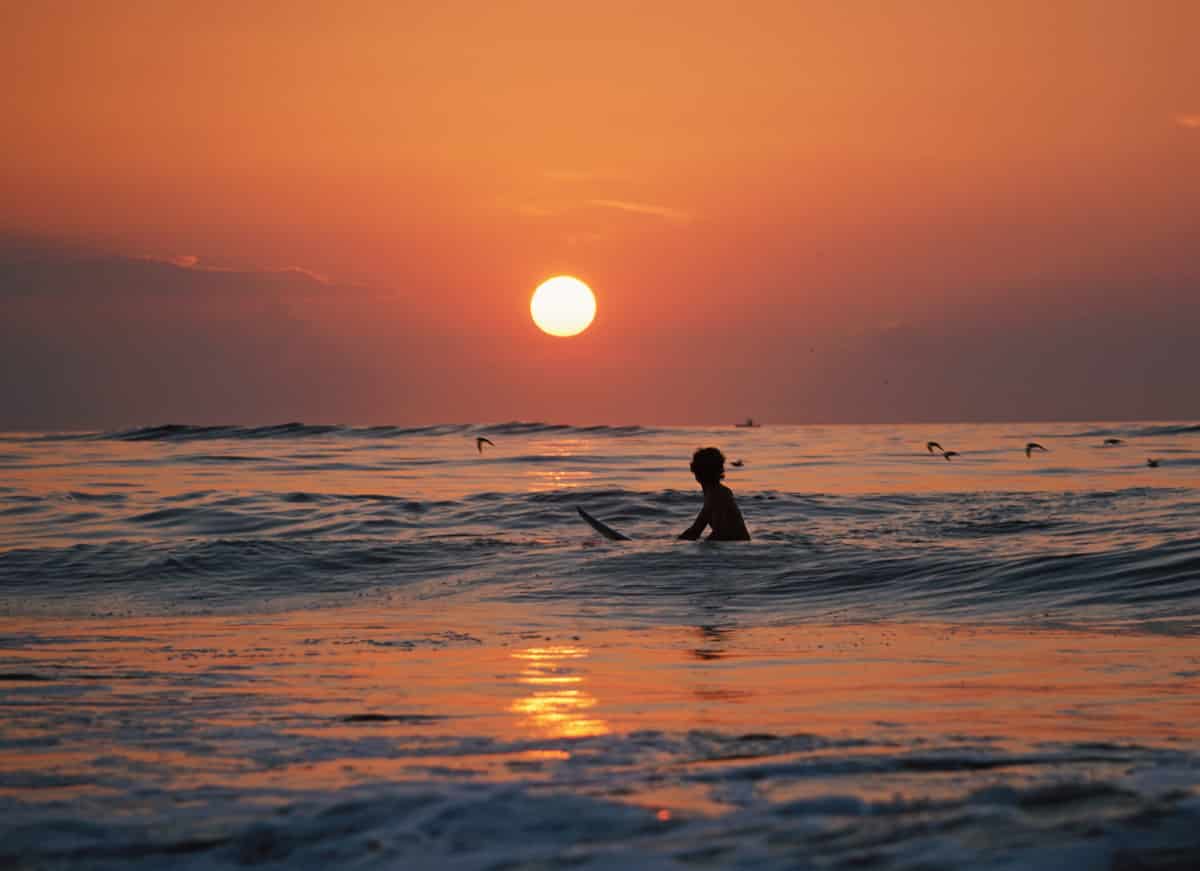 What could be considered the first surfboards are called “caballitos de Totora” (Caballito means “little horse” in Spanish; “Totora” is an aquatic plant that grows on the Peruvian coast). They were boats made with stems and leaves of that plant. They measured between 3 and 4 meters in length and could carry almost 200 kilos; so they were boats very much used for fishing.

Caballitos de Totora and todays surfboards undoubtedly resemble each other a lot. Riding the former required strength, balance and dexterity, in the same way you surf the latter. 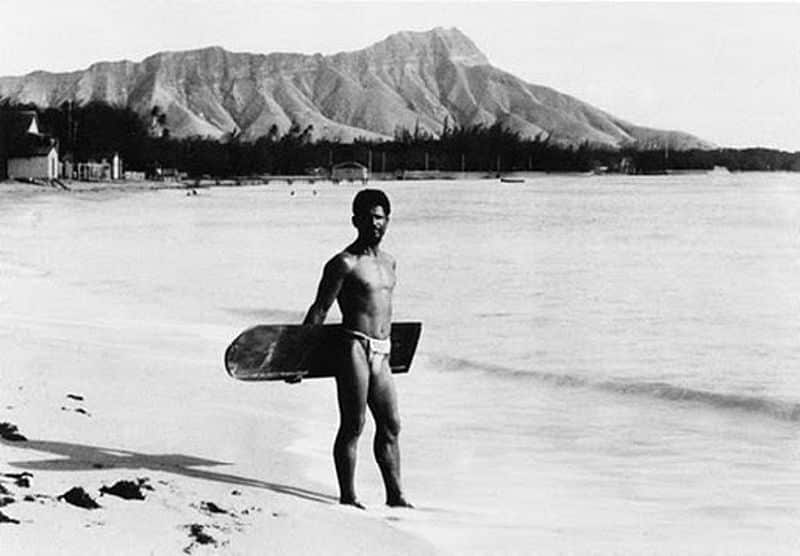 Originally, surfboards were made of solid wood and they were heavy and dangerous. [su_highlight background=”#ff9700″ color=”#fff”]In 1926 Tom Blake designed the first hollow surfboard[/su_highlight]: it was made of a piece of redwood perforated with hundreds of holes and covered all over with a thin wooden board, it weighed about 45 kilos. By 1930 it had become successful due to the speed that surfers reached on the sea.

In 1932 they began to build balsa wood surfboards. They only weighed 13 to 18 kg, which was a breakthrough in the world of surfing.

Tom Blake himself created in 1935 the “fixed wing”, located at the bottom of the board. It improved manoeuvring and achieved better stability. Soon, boards with less tail and without edges were created, obtaining more radical manoeuvres. They were called ‘hot curl’ because they were the first boards that allowed surfing in the curl of the wave and entering the tube.

If you want to practice this surfing maneuvers you can learn to do it with us. 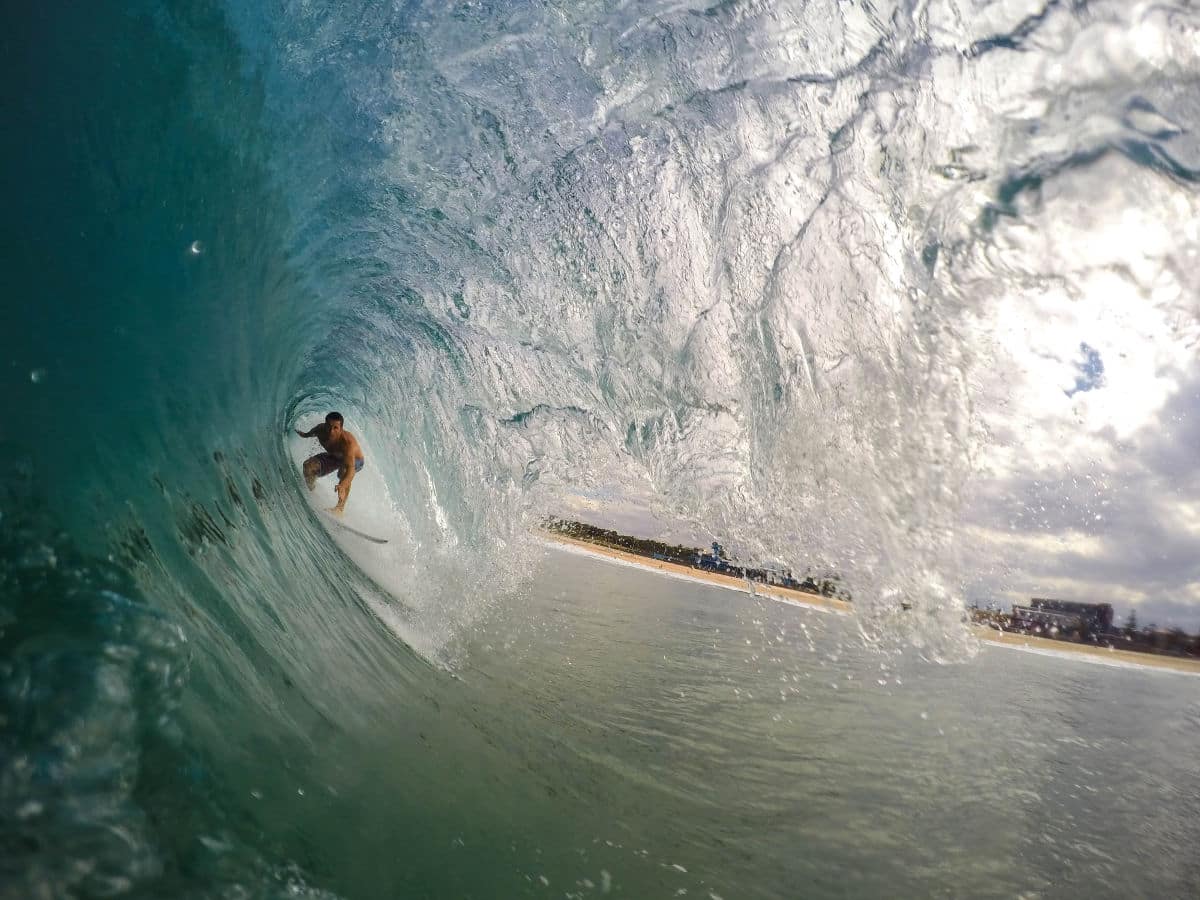 The popularization of surfing

In 1956, light materials such as plastic or foam began to be used, which established this activity as a popular practice on the Pacific North American coast.

The end of the Second World War made possible new surfboard designs. Thanks to advances in technology, new materials were discovered, such as fibreglass – which was the most significant – or polyurethane foam. The growth of surf after the war was unstoppable. New ways to build increasingly lighter, shorter and thinner boards were investigated. Written films and publications about surfing started appearing, even surf music emerged, championed by the Beach Boys in the 60s.

In the 70s surfing expands to Europe; the neoprene suit is invented. In the 21st century with the emergence of the Internet, surfing is revolutionised: you can now find wave prediction programs and choose accordingly the beaches to go surfing. New materials also allow you to make lighter and more resistant boards.

« IN MALLORCA KITE FOIL AND WINDSURF FOIL!!!
Learn to surf? »